One week ago, my father in law Bob Hudson passed.

Last week I was so busy with the family, preparing the memorial and such, that I really didn't feel the loss.  Now, it is consuming me.

The house is so quiet and so empty without Bob's presence, and that emptyness seems to follow.  I have not felt this way, since my own fathers' passing back in 1974.

It will pass, but now this sense of depression and emptyness seems to feel permanent and forever.
Posted by Mark Paul at 4:47 AM 2 comments:

Sometimes we are lucky, we have a second chance to gain back something we felt we lost; for me thus was my father.  When I was 14 my father Ralph, died of a massive heart attack, at the time I did not believe that my father would die, so I did not go to the hospital... my father died several days later.  Until the past few years, I had not really gotten over this.

When I was fortunate enough to meet Naila Moon, I had the chance to gain a second father, one who was in many ways a lot like me.  Bob, was a writer and a great story teller as a matter of fact, he was so good you were never sure if he was telling the truth or a story out of his imagination.

I found out that Bob had been in the Navy, during the cold war yet was a beatnic and dedicated to peace.  He was a reporter and and ad man.  He lived to go to the Indy 500 every year, and he loved his wife of 45 years and his four children... he also loved his new son in law, whom he thought a bit off the wall.

I knew from when I married Naila Moon, that her father was on borrowed time, and yet I thought I had many years to know this man, that was not to be.  He had many forms of cancer from being a chain smoker for many years, yet he managed to surprise the doctors more than once.  Then this Wednesday he passed.  I suddenly was dealing with emotions that I had not experienced since I was 14.  The sense of loss and confusion were back like monsters.

Yet I know that Bob, is at rest and finally free of all the pain he had suffered for the last several years.


My dad in law Bob, holding a model I built for him, September of last year.


My dad Ralph 1973, the teacher, and what he loved even more, being a musician.

Top Bob and Ree in the backyard of their home in Podunk Missouri, last September.
Bottom my mom Evelyn, who passed in June of 1998, with my dad Ralph hiking to a favorite fishing hole near lake Dillon 1972. 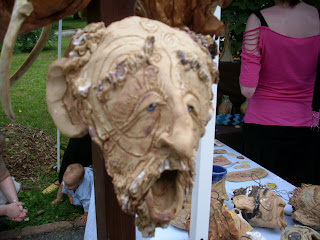 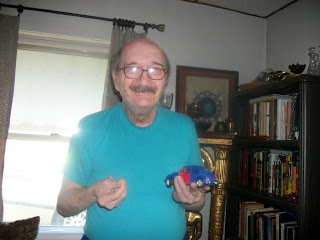 anyone notice a resemblance between the bust and my father in law?
Posted by Mark Paul at 6:32 PM 4 comments:

Wordless Wednesday brought to by the letter I... 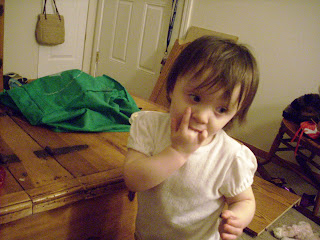 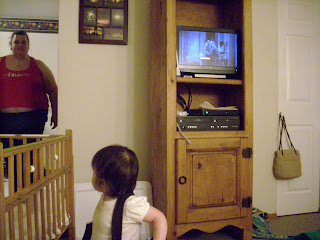 3 pictures of the adorable grand kid, Izabella.
Posted by Mark Paul at 10:42 AM 1 comment:

Images that remain ,
forever in my brain.
People who were special to me,
some whom forever shall be.
Places that I journeyed to,
some were familiar like an old book,
others were strange and exciting, for they were unexplored and new,
Hawaii, Oahu, Kauai all islands that were new to me.
San Francisco, Oakland, Los Angeles, Raiders, 49ers, Astros' and Disney,
these were places, teams and a magical kingdom that once I did see.
Colorado, Denver, Manitou Springs Broncos, Rockies, Christmas and New Years celebrations,
Pikes Peak Loveland Pass ashes and train rides both natural and man made creations.
Missouri, Saint Louis, Festus, Flat River and Branson,
The arch, a new family beginnings under a new sun.
A father who encouraged me to be creative and explore beyond limitations,
a mother who was conflicted and divided between love and bitterness.
a brother whom I only now can understand and appreciate,
a wife whom has helped me discover my ability with new creations.
a new family all supportive and helpful towards me.
These are the reflections.
Posted by Mark Paul at 7:49 PM 1 comment: