A Powerful book that will get you to take action

Unlike Buscaglia Samuels book is one that delves into the human psyche and addresses how we have been mis taught on becoming successful and happy people.

Samuels takes you on a process where you are attending his idea of the Universe-ity, a place we are all connected to, and have been since birth.

He has you do homework assignments in each chapter, each assignment gets you to look deeper into how you do things, overcoming past issues and finding the power within to change the direction of your life.

The book will bring on transformation within if you follow the path and do the homework.

The Universe-ity will at times seem to be too easy, but it will make you think.  Why do I hold onto issues and still resent people for things that have happened so long ago.  I need to forgive those people whether they be friends, co-workers, bosses or my family.  By forgiving I am changing me, and how I see issues.

What things do I really want to do, make a list then make it happen.  These are just two of the examples of the homework you will find.

And at the end, you will find you.  A new you that can change their life and become the person you have always wanted to be.

Email ThisBlogThis!Share to TwitterShare to FacebookShare to Pinterest
Labels: A fantastic powerhouse book that can and will transform your life by Michael Samuels

Man of Steel Why is everyone doing Remakes???

Three weeks ago I had the opportunity to see "Man of Steel"  This is most recent Superman epic and although it was very good overall, I found myself saying wait a minute... I have seen this before and for good reason.

"Man of Steel" is a remake of the first two SUPERMAN films staring Christopher Reeves.

We have Superman  coming to earth and working at the Daily Planet, we have him confronting General Zod and his cohorts from the Phantom Zone and we have the big battle between Superman and Zod.

There were some great moments in this film and the effects were amazing, but as I said in my review of "STAR TREK, Into Darkness" this is just one more example of someone who could not come up with an original idea and copied what someone else had already done.

Although I like Man of Steel, I can only give it ** and that is being polite.  If there is to be a new SUPERMAN, keep the current actors but come up with an original story.  There are enough ideas out there that we do not need to recycle any more movies already made.


Bring back the original costume, Navy Blue is too dark. 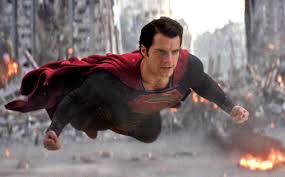 Email ThisBlogThis!Share to TwitterShare to FacebookShare to Pinterest
Labels: Why another Remake. Aren't there any original ideas in Holloywood these days?

From 1960 to 1964 there was a television series titled Route 66, it starred George Maharis and an up and comer by the name of Martin Milner who would go onto being in another long lasting series as Pete Malloy in Adam 12.

The series was about two young men traveling along route 66 in an attempt to discover themselves.

City of Wheels was the 17th episode in the 2nd season of the series.  In it Milner, Todd Stiles and Maharis Buz Murdock end up working at a veterans hospital.

This episode was very interesting, because this was before our full involvement in  Vietnam and it was years before shows like M*A*S*H*  or China Beach.

The episode involved Buz working as a swimming coach at the hospital and him dealing with one of the veterans there who was in a wheel chair due to a crash in his fighter.  The veteran Frank, played by Steven Hill (Dan Briggs in MISSION IMPOSSIBLE's first season) is embittered and hates his life, he can see no value in him being alive.

Buz finds himself in the midst of a one sided love story, for the Nurse, Lori Barton  played by Bethel Leslie) that Buz is attracted to is very much in love with Frank, but it is a one sided story.

There are elements that are predictable but the story is so well written and acted that you overlook the few times you see the train coming.  If anything the story keeps you involved and rooting for Frank and Lori to find a way to get together.

What is most impressive about this episode is the fact that you can tell it was filmed on location, there are many veterans in wheel chairs and using walkers that appear in crowd scenes.  The fact that these veterans are in the episode as shadow figures (Seen out of focus slightly and for only a few minutes) adds to the nature of this
episode.

What is interesting, as far as I know, few television series have revisited this story line or have been set at a V.A. hospital, maybe some up and coming producer should look into this as a series format, and maybe buy the title from Route 66 and call the series CITY OF WHEELS.  With all the veterans from the Gulf Wars and our current wars in the middle east, there have to be a million stories that could be told.

Route 66 always had stories that pulled at the heart strings and made you care about not just the principals of Todd and Buz but also the characters of the episode.

It is well worth staying up late or getting up early to see this well written and superbly acted series.

*****
Milner and Maharis,  Maharis ready to turn away from the hospital because he feels unable to help Frank.  Milner giving the pep talk,


A Very young Steven Hill
Posted by Mark Paul at 8:00 AM No comments:

What a disappointment this kit is

I had the chance to buy any model kit with in reason for my Birthday, back in July.

Well I took my time and looked through all the kits at Colpar hobbies and it came down to two kits.

One was the A-Z kit of the TBD Devastator made famous by its devastation at the battle of Midway in 1942.

The second kit was the Polar Lights model of the 1966 Batmobile, now the two kits were only $7.00 difference, the Devastator being the more expensive kit of the two, so I went with the Batmobile.

Huge mistake.  This was the first time I had bought a Polar Lights kit, and from the problems I have had with this kit, it will be the last.

All parts are molded in gloss black, with the exception of the chrome parts.  This makes it difficult to find part numbers and takes away half the fun of building a kit.

Some parts fill well, but not all and the plastic on some of the smaller parts is very thin and easily can be broken.  There is no way to fix the front wheels so they can turn, since they parts that hold the wheels have to be glued in place.

There is an unnecessary engine detail, since we never saw the Batmobile with its' hood open.  This does not add to the kit in any way honestly.  There is also a Bat computer in the trunk that I do not recall ever being seen in the series.

Missing are figures of Batman and Robin, which would have enhanced the model.

There is also a lot of needless under body assembly never seen, again like the engine assembly.

The ram jet engine at the back of the Batmobile is missing completely.

There are ample decals that add to the detail work.

Also the bottom of the model does not line up properly with the main upper body, there are gaps that will require lots of putty work to make the body seamless.

I have not been able to build this kit past a few stages and am ready to do something I have never done in my life, take it back part built and ask for my money back.

I am terribly disappointed by this kit and I do not recommend it to anyone.

It is supposed to be for modelers from age 10 and up, I would say this kit is for adult level advanced modelers only, with a lot of spare time on their hands, who do not mind having to do a lot of extra work. 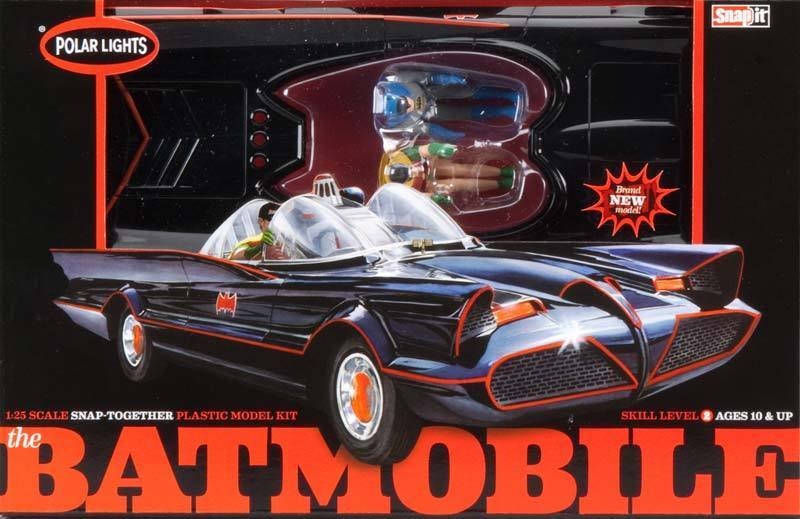 Apparently some people have been able to build this kit, here are a few photos of the completed kit.  Mine is no where close to looking like this.

Email ThisBlogThis!Share to TwitterShare to FacebookShare to Pinterest
Labels: A very disappointing kit of an iconic model from a favorite T.V. series

A week ago I had the opportunity to see JJ Abrams latest take on the STAR TREK series, STAR TREK Into Darkness.  This was the second time I had tried to see this film, the previous time the video froze at a key damatic point at the beginning of the episode.

I will give Abrams points, his visual affects and the way he developed the setting was very well done,

The story itself is a retelling of many Trekkers' favorite movies, STAR TREK The Wrath of Khan,

Abrams makes minor changes in the telling of the story, including the change of Kirk and Spock in regards to who saves the ship.

Benedict Cumberbacht plays Khan in this version and is remarkable playing the part thar Richardo Montalban created in 1966.

The only part cast that I still have issues with and the fact that the story was created totally for this film is the casting of Zoe Saldana as Lieutenant Uhura.  Nichelle Nichols was and always will be Uhura, she had the personality and made you believe she was Swaheli.  Saldana comes across as a an American with no African heritage.  Also there was no relationship with Spock and Uhura

I know this is JJ Abrans version of STAR TREK, however the Great Bird of the galaxy created this universe and set up the relationships I am certain he is a bit mifferd.

Overall the movie is well paced and has some nice twists and turns that make it a  fair addition to the STAR TREK universe.

Again Leonard Nimoy makes a guest appearance, I hope that they do not rely on this too often.

Email ThisBlogThis!Share to TwitterShare to FacebookShare to Pinterest
Labels: a few interesting surprises. But it is a remake, A good remake
Newer Posts Older Posts Home
Subscribe to: Posts (Atom)