As many of you notices, I did not participate last Mondy, in Mondays' Music.  I wanted to take a moment and explain why.

First and most important, I do this because I love music. I love to share my vast array of different music from Classical to Contemporary, well what I consider contemporary.

I am one who does not like to compete, it has been this way all my life.  I just don't get excited by the idea, of trying to out do someone else.

I began the competition, not to compete, but to have fun.

Last week though, I was in no shape to participate.  My emotions were all over the place because of what had happened the week before, the 12 people who were killed, just because they went to a movie.

The fact that the press is covering this to the point of madness, and the fact that they are talking about dismissing charges on an insanity plea.  These things made me so angry, I could not participate.

So I know I lost my chance to win, but for me it has never been about winning, at least when it comes down to sharing my music.  I love sharing music and hearing people say, how much they enjoy it.

So there you have it.

Be well, one and all.

Mark signing off. from Denver, Colorado.
Posted by Mark Paul at 6:17 PM No comments:

Please note:Firefox will not display any of the videos or the captions, they are claiming that you need to update the PLUG IN fields.  This can be viewed and played on any other browser.

This is one that will either be funny or drive you crazy.
Next up.  This one will either cause you to laugh histarically or you will go what bleep.  It hints at a few words that are not clean, but overall this is funny, I mean they used Billy Joel's We didn't start the fire for the basis of the song.
It's all about TIME
This wraps it up.  Til next time

Email ThisBlogThis!Share to TwitterShare to FacebookShare to Pinterest
Labels: goofball music, it will drive you crazy and make you laugh

4 M's late in the day. Gone but not forgotten

I have had a odd day, moved again, and am catching up on three days with bad sleep, so I apologize for getting this posted so late in the day.

My first post, is a group that broke up in 1970, and who has lost a couple members to death since then.  However although group is gone, their music is not forgotten

Starting off THE BEATLES with one of their more haunting songs, and they way this is cut gives it even more power.  LET IT BE.
Next up, He shaped a generation in style and music, after all he was the King of Rock.
Elvis with one of his softer love songs, from his appearance on the Ed Sullivan show.
This next group did some of the most amazing music from the mid 1960's up into the 1980's.  Occasionally the come out of retirement to do a concert or two, or even put out a new CD.  If you have never seen the Moody Blues, it is well worth it.
One of their more interesting songs and an amazing video.  THE VOICE

My last selection is a singer, who started off as an angry young man in the 1970's and taught us that he would accept us Just the way we are in the 1980'  Yes I know he still sings on occasion, but hasn't been on the radio or MTV in eons.    One of his most powerful songs, from his last big album, RIVER OF DREAMS, No Mans' Land.

Email ThisBlogThis!Share to TwitterShare to FacebookShare to Pinterest
Labels: Mondays Music Gone but not forgotten.

It's about Bond, James Bond.

For years I have been a fan of the Bond franchise, I went to see Sean Connery as Bond when I was six years old, 1966, and I was hooked.  I always thought for the longest time that Connery was the ultimate Bond, then came and went George Lazenby then Sean Connery came back... Then came Roger Moore, and I left the Bond franchise for many years, because I could not tollerate Roger Moore, especially as Bond.

Then Timothy Dalton came to the rescue, he took over the mantle for three films and then Brosnan, Pierce Brosnan came along, he was dashing, sophisticated and charming... In many ways he was Connery phase two.

Then came along Daniel Craig.  Craig was a vast departure from every actor who had played Bond before.  He was plain looking, crass and very cold the anthesis of what we were used to.

Yet, in Casino Royale he fit the part, yet he was still aloof.  He is coming back in Skyfall, so he will have matched the total number of films that Timothy Dalton had made.

However recently I was watching "On her majesty's secret Service" Lazenby's one foray into the franchise and something struck me, something I have never noticed in all the times I had watched Bond before.

How slow the film was in its' set up, and how long the film seemed to be.  Now this was the second time I had noticed this, when I had watched "Goldeneye" with Brosnon, just a few weeks before I had noticed the same aspect, and something else that bothered me, especially with Goldeneye.  How Bond was a secondary character.

But what really bothered me, about both of these films, was that The set up seemed to take forever, and how very very very long they seemed to be.

I noticed one other thing, and perhaps this is because I am now half a century old, but I noticed that with the exception of the villan, the setting and the weapon all Bond films are identical.  The set up is usually Bond on a mission that is a set up for the rest of the film, or is unrelated except that it sets up one character in the story.

Now there have been great lines, some dammed funny moments and lots of sexy women, however the films are so set in stone, you can predict what will happen next.

Bond is on an assignment, he meets a beautiful woman, he ends up failing in the assignment or being called back to HQ.  He has his dialogue with Money Penny, gets his briefing and weapons, then goes off.

He somehow comes back into contact with the women he met at the beginning of the film, she is in danger or a source of danger.  Bond allows himself to be captured, he loses his expensive car and has to figure a way to get out, save the world and the girl then get rescued.

The only exception was "... Secret Service" which ended interly different from all Bond films before and after.

Perhaps I am just growing up, perhaps it is the fact that Daniel Craig is not on the same level as everyone who came before him.

Maybe it's just me, or maybe the Bond franchise should come to an end.

Email ThisBlogThis!Share to TwitterShare to FacebookShare to Pinterest
Labels: Bond.

Today, is the 4th of July, for many this is just a day on the calendar; however for those of us who live in the United States it has a special significance for 236 years ago we declared our independence for better or worse.

We were frustrated by unfair taxation, and no representation.  For the majority of my life, I have felt blessed to live in this country, to be blessed with freedoms that in parts of the world do not exist.  The ability to post this blog, without fear of being sent to jail for my comments.  The ability to watch programs and movies without censorship.

Yet this year I feel closer to the original colonists than ever in my life, for we have no real representation of the average person, most of our jobs have been exported by the senators and representatives who we entrusted to make sure we have labor for our citizens.

Unfair laws preventing many people from establishing their own businesses to turn around the economy and me struggling for a year to find permanent stable and decent paying work.  Yet I still have to believe that this country can turn around, and that I too will be successful in finding work in the next few days.

An unrelated thought, yesterday, an actor who touched several generations, whether as the Sergeant in No time for Sergeants, or the kindly Sheriff of Mayberry or the calculating attorney investigator Matlock, has passed.

Andy Griffith at 86 passed on. I grew up with this man, and he will be missed.

So here are my thoughts on this fourth of July.

I hope you all have a fun filled and joyful Fourth.

I am taking a very different approach from what may be expected.  So here we go, a mix of patriotic themes, state anthems and a few surprises.

Let's take it back 239 years to what was our original national anthem at the time.  However I seriously doubt that Freddy Mercury would have lead the rendition back in the days we were one of the colonies.  Yes, Queen leading God Save the Queen.  What a way to begin.

Next up a song that has more meaning to many Americans than our national anthem.
Wish this had the film clips with it, but you just have to use your imagination.  James Cagney leading YOU'RE A GRAND OLD FLAG,  I remember this is how I felt for years, still do, but it gets harder the older you get.

This last one combines our National Anthem, and the State song of Hawaii.
Yes Hawaii.  Because as far as I know the Hawaiian state song, is the only one sung in the native Polynesian language of the people of the State.  No English here, this is in the native tongue, and is a reminder we are of 50 separate states, with diverse peoples in each.  Many who were here long before us.  So thank you Hawaii for a state song in your native language, that says we are on

So here you have it, a different look at the 4th of July, a different feeling of what patriotism can mean.
Til next time.  Aloha. 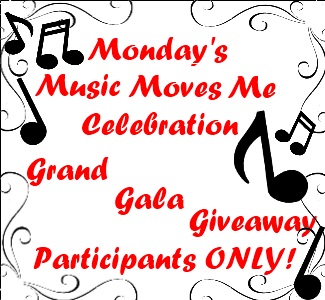